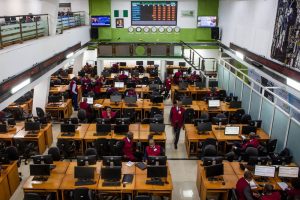 Airtel Africa inventory led extreme gainers with N25 or 5 % earnings to shut at N525 per share on Monday.

The market capitalisation of listed equities depreciated by N9 billion to shut at N17.829 trillion whereas the NSE All-share index declined by 0.04 % to 34,121.78 index components.