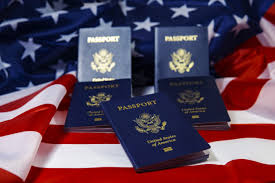 The US Citizenship Test is best practiced with sample questions and answers. To become a citizen of the United States, all immigrants must pass an English and civics test. Immigrants are allowed two chances to pass the tests. History questions and government questions are two categories of civics test questions.

About The US Citizenship Test

You must pass a US citizenship test (naturalization test) that comprises of an English exam and a civics exam if you wish to become a US citizen. The reading, writing, and speaking sections of the English test are all required. The civics test consists of 10 questions, at least six of which must be answered correctly. Continue reading to discover if you can pass the US citizenship test.

Citizenship is frequently the ultimate goal of immigrants moving to the United States. An immigrant must pass a citizenship exam in order to become a US citizen. This includes an English test as well as a civics test that covers historical information about America as well as current events concerning the American government.

Who is Eligible for the US Citizenship Test?

An immigrant must have a valid green card to be eligible for citizenship. He or she must also have spent at least 5 years in America.

The English test is divided into three sections: reading, speaking, and writing. On the internet, you may get a reading and writing vocabulary list. The candidate must be able to read at least one of three sentences clearly and write at least one of three sentences to pass the exam. The applicant’s ability to pass the speaking exam is determined by how he or she interacts with a USCIS officer during the interview.

The civics test consists of ten questions, whereby at least six right answers are required. The good news is that the civics test questions are drawn from a pool of 100 questions that have been pre-determined. These inquiries can be classified into the following categories:

A Sample Civics US Citizenship Test

This test can be taken twice by any applicant. Do you believe you’d pass the exam on your first try? Here’s an example of what you could be asked.

The US Citizenship Test: Sample Questions And Answers

Q.1 Who wrote the Declaration of Independence?

Q.2 What do we show loyalty to when we say the Pledge of Allegiance?

Q.3 Who is the Commander in Chief of the military?

The Prime Minister
The President
The Speaker of the house
The Chief Justice
Correct answer: The President

Q.4 What group of people was taken to America and sold as slaves?

Q.5 How many justices are on the Supreme Court?

Q.6 What territory did the United States buy from France in 1803?

Q.7 What ocean is on the East Coast of the United States?

Q.8 What is the capital of the United States?

Q.9 When do we celebrate Independence Day?

Q.10 Before he was President, Eisenhower was a general. What war was he in?